Why a connected factory can fast-track your net-zero goals.

From real-time data and metrics to decreased unexpected downtime, a digitized factory is the faster and more cost-efficient path to sustainable manufacturing. Read on to discover why.

The benefits for manufacturers are manyfold.

It’s the year 2022 and digitization for factories is no longer a competitive advantage but crucial to survival in the industrial world. The pandemic accelerated the need to adapt and implement digital processes to cope and increase factory output while dealing with labor shortages and lockdowns. Couple the need for efficiency with the need for adhering to new and stringent European climate regulations and you’re left with no choice but to start bringing factories into the digital age.

While the wheels have been in motion for manufacturers for years, reducing carbon emissions is only made possible at a large scale and with real impact due to recent developments in technology. It is estimated that IoT and 5G-enabled technology such as 3D printing, smart sensors and automation have the potential to reduce emissions by 2.7-3.3 million tonnes of CO annually in the UK. - figures that up until now seemed far fetched.

"It’s the year 2022 and digitization for factories is no longer a competitive advantage but crucial to survival in the industrial world."

The reality is that manufacturers are already racing to connect and lead the way in sustainability. Most recently, British Sugar implemented a custom-built private 4G network that connects multiple sites to achieve “next-generation” manufacturing. Innocent Drinks recently built their sustainable factory in Rotterdam, claiming it will be one of the world’s first carbon-neutral factories, that will rely not only on digital technology but will focus on reusing heat and making their own green energy.

In a competitive landscape that is still ripe for innovation, connected factories are the cheaper and quicker pathway to achieving your net-zero goals. Here’s why.

1. Real-time data & metrics.
‍Smart sensors - whether wireless, attached to employees, or machinery - offer real-time data that can show exactly how processes are done, and therefore where they can be optimized to reduce waste. Metrics and data offer traceability and accountability while processes are happening, allowing you to adapt simultaneously. This real-time availability can also be applied to improving the quality of goods so that finished products are made to last, thus decreasing the need for unnecessary production.

Above all, data and metrics bring you complete clarity. Understanding the exact size of your factory’s carbon footprint  is the first step towards acting on reducing it.
It is important to note that gathering data is the first step towards reducing carbon emissions, but the second and equally important part of the equation is to analyze it efficiently. Here too, the right analytical technology needs to be in place.

2. Decreased unexpected downtime.
‍Factory downtime is a common pain point for manufacturers, not only felt in the pocket but in its environmental impact. In oil refineries, for example, unexpected downtime due to over-pressure of machinery causes ‘flaring’ which is responsible for 145 Billion Cubic Meters (BCM) of gas being released into the atmosphere yearly. On the flipside, the average cost of an hour’s unplanned downtime is $532,000 USD with an estimated annual cost of $172 billion USD. Technology, such as artificial intelligence for predictive maintenance on machinery or augmented reality for troubleshooting, reduces unexpected downtime and helps manufacturers plan ahead instead of dealing with unexpected financial and environmental repercussions.

"In oil refineries, for example, unexpected downtime due to over-pressure of machinery causes ‘flaring’ which is responsible for 145 Billion Cubic Meters (BCM) of gas being released into the atmosphere yearly."

3. Boosted energy efficiency.
‍Connecting your factory allows for a circular approach to manufacturing. This goes beyond using solar panels or windmills to power manufacturing but reusing energy that is produced as a byproduct of manufacturing to heat or cool other parts of your plant. For example, by using heat pump technology, manufacturers can capture their waste heat from refrigeration and then boost the temperature to produce heat suitable for other production purposes.

4. Impactful waste reduction.
‍At the core of a connected factory are tech solutions like robotics, AI, IoT, cloud computing, and data analytics that all contribute to more streamlined production processes, and as a result, substantial waste reduction.

Waste reduction can also be achieved through the manufacturing process itself; such as implementing 3D printing technologies to produce rather than relying on traditional subtractive manufacturing. Here too, connected technologies play a role in proactive and preventative support so that downtime is reduced (and subsequent waste) is reduced. In this way, 3D manufacturing reduces waste on two fronts.

"The visibility and clarity that connected factories provide are unparalleled as a tool to reduce carbon emissions."

The visibility and clarity that connected factories provide are unparalleled as a tool to reduce carbon emissions. Smart AI also allows for accurate predictive modeling that prevents waste from happening in the first place - it allows for factories to be on the ‘offense’ and be proactive instead of having to ‘offset’ carbon emissions after the fact. However, getting online is not as easy as it sounds. Physical infrastructure needs to be in place that allows for data to be transmitted from the production floor to a local or remote data center where the data can then be processed with a powerful computer. Following this procedure, insights are transmitted back to the factory. Having strong infrastructure such as 5G is therefore key to fast-tracking your net-zero goals.

Wondering which technologies can be implemented in your manufacturing process today? Read our report. 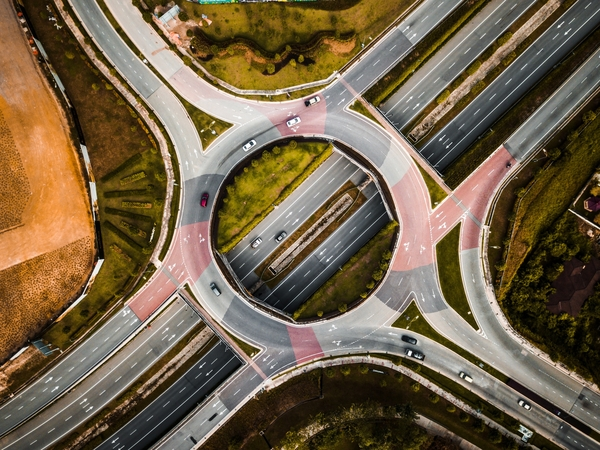 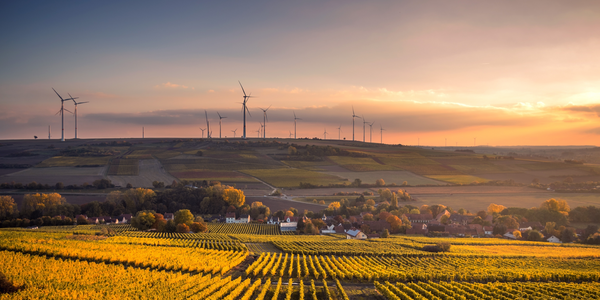