How auto insurers are transforming in a digital landscape.

With automakers embedding data-collecting markers into the vehicles, it becomes much easier to offer embedded insurance as part of a new car purchase.

As we become ever more seeped into the digital age, troves of consumer data is being collected on us. From the smartwatch we exercise with to the GPS app we use for navigation, to online calendar invites - digital connections and subsequent data points-make our lives easier, more streamlined, and significantly more personalized. While the movie The Social Dilemma has recently brought the dangers of algorithm manipulation front and center, the silver lining is that collected data is reducing costs for everyday expenses. One place we see this is in car insurance.

"Insurers are taking advantage of the many new and innovative features in cars and smartphones to create ultra-personalized, custom insurance products for consumers."

The world of auto insurance has been transforming at pace with auto technology for some years, creating new models that utilize insurtech solutions. Insurers are taking advantage of the many new and innovative features in cars and smartphones to create ultra-personalized, insurance products for consumers. One exciting example of a new consumer-focused product is the much fairer “pay per mile” format of calculating monthly insurance costs for the consumer. It relies on distance and time spent on the road rather than excel calculations that fit a standard “one size fits all” price model -  which in actuality, doesn’t fit many.

The pivot towards usage-based insurance has been picking up momentum for some years. It has been led by auto insurance startups such as Metromile and propelled forward by the COVID-19 pandemic which has seen cars spending long periods of idle time in garages and parking lots. This new reality has made it increasingly difficult for consumers to stomach paying for insurance if their car isn’t being used. To top it off, with many people furloughed, car expenses have become a lesser priority than Netflix subscriptions. Hit with the same situation as insurers, car makers followed suit offering pay as you go models. Toyota partnered with Nationwide's SmartMile, Ford Motor partnered with Allstate’s Milewise, and Porsche has partnered with Mile Auto to offer usage-based insurance.

Traditional auto insurance companies have also been quick to adapt to usage-based plans. Japan’s Tokio Marine has partnered with Metromile and Zurich partnered with By Miles to offer this consumer-friendly model.

For example, Israeli Harel Insurance was the first to launch an insurance product that assesses drivers in real-time by offering a consumer-facing mobile app, and a small tracking device inside the vehicle.

In another instance, the world’s second largest reinsurance company Swiss Re has partnered with Daimler to establish Movinx, making insurance part of a vehicle purchase. This new partnership is part of a long-term collaboration that allows for insurance products to be built alongside new innovations such as driving assistance systems and AV.

New technologies in telematics make it easier to collect and analyze data, and allow insurance companies to reward their drivers for better roadside behavior quickly.

"Insurers are partnering with startups and tech companies in an effort to make the purchasing and claims process more comprehensive for consumers and more seamless overall."

Furthermore, competition in the insurance industry has recently become a tighter race with tech giants such as Facebook, Amazon, and Google offering insurance packages through their platforms. These are names that millennials, the largest consumer base, are familiar with and likely to trust. Moreover, one click car insurance sounds pretty good to avid online shopper.

The most surprising development is that auto insurance is now coming from car manufacturers themselves. Built-in devices which allow for data collection and the subsequent creation of ultra-personalized insurance products are being developed by makers such as Toyota and very recently, General Motors. Assessing a driver’s safety, can now not only come from their own smartphone or devices that are synced to the dashboard but from built-in sensors offered as embedded insurance. Automakers are going the extra mile when it comes to offering a unified, comprehensive service from start to finish.

"In a world that is constantly becoming more and more connected, the insurer with the most creative use of interconnectivity will lead the race."

The future of auto insurance may have a completely new playing field thanks to insurtech solutions. With automakers embedding data-collecting markers into the vehicles, it becomes much easier for them to offer embedded insurance as part of a new car purchase. In turn, traditional insurance companies must be quick to adapt to a fast-changing market that’s rapidly becoming saturated. In a world that is becoming increasingly connected, the insurer with the most creative use of interconnectivity will lead the race. 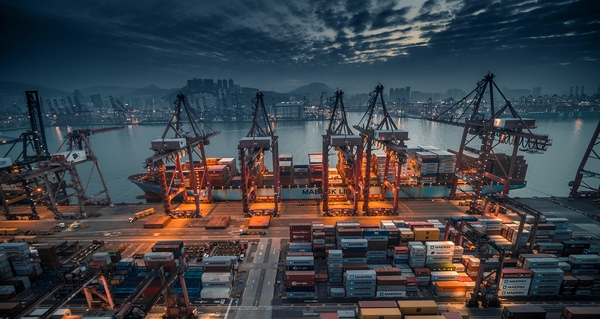 Why you need a sustainable supply chain.

As COVID-19 has moved us towards local production and a movement to become less reliant on large webs of global supply chains, the answer to sustainability is in Industry 4.0 technologies. 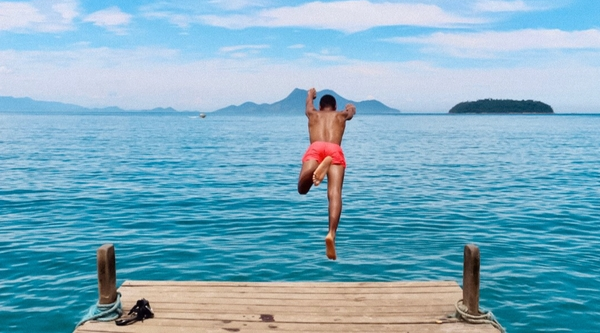 Why cyber insurance is a blue ocean for tech startups.

The damage that can be caused from cyber attacks is serious and imminent, and the world of cyber insurance must catch up.